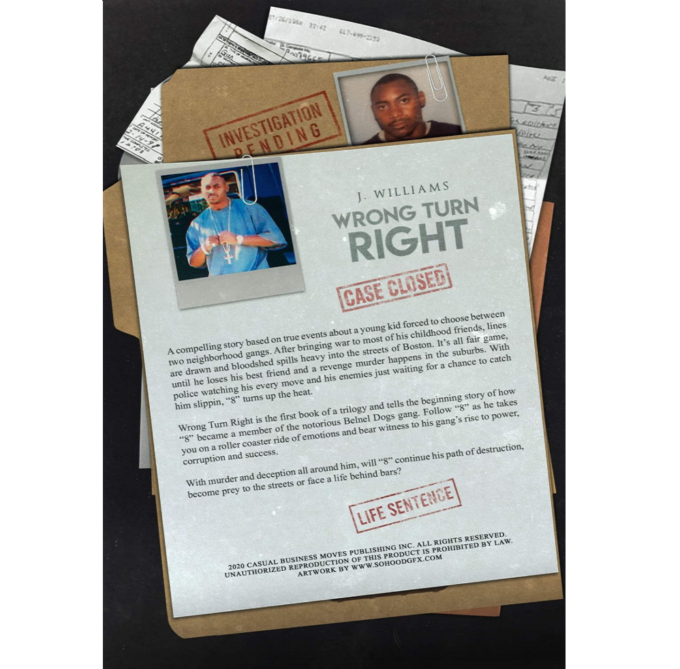 Follow a young “8” as he takes you on a roller coaster of emotions on his way to making a name for himself. “WRONG TURN RIGHT” is based of the true stories of the author and is the first of a trilogy. It tells the beginning story of how “8” became a member of the notorious “Belnel Gang”.

After bringing war to most of his childhood friends, a break in the music business forms a friendship with “Benzino”. Surrounded by money and the influence of the “Source Magazine”, doors are open to the stars. Only a combination of thugs from various gangs is never a good mix. With the biggest names of Boston under one imprint, violence soon spills into the entertainment and music world alike.

Will this new world be a way out the game, or bring him deeper into darkness? With deception all around and a pending murder investigation on the horizon, the question is will time catch up to “8”? Or will he be able to wiggle out of it just in time to avoid being charged?

Be on the lookout for “SOURCE OF INFORMATION”. The sequel to “WRONG TURN RIGHT”

There are no reviews yet.

Be the first to review “Wrong Turn Right” Cancel reply